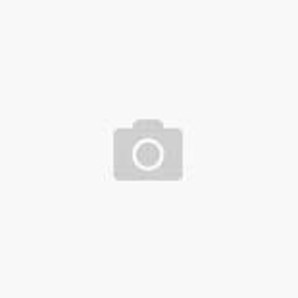 Chimneys are a must-have if you own a traditional fireplace or a stove. They help to keep your home free from the pollution that comes with burning wood or coal for warmth. They also help to direct steam outside of the home when you cook.

Chimneys come in two major types; masonry chimneys which are built from clay and metal chimneys that are built using factory built metals like steel. Although these two types of chimneys have the same function, They have different features that you should consider when choosing a chimney.

If you are looking to go chimney shopping and you are confused about what information to equip yourself with, keep reading as we lead you through some of the tips that will help make your shopping easier.

Our Chimney selection is also vast and you should be able to find any type of chimney you are  looking for here.

Chimneys are ventilation tunnels that direct smoke and other combustion-related pollutants from a fireplace out through the building's roof. The function of a chimney is to remove smoke from the house.

The idea behind how chimneys work is that because hot air is not as dense as cold air, it rises. Gases rise up via a chimney when it is filled with hot fumes or other gases. Combustion gases are drawn out of the structure by a draft, which is caused by the hot, rising gas.

When chimneys aren't being used, they can let cold air in because the house is filled with warm air. To stop this, it is important to insulate the chimney and close the passage when it is not being used.

Chimneys also have various accessories that helps it function optimally.  They are: chimney caps, chimney liners and chimney pipes..

Chimney caps are a necessary part of a chimney. Although you can do without a chimney cap, they are so important that youll be risking a lot by not using one.

Chimney caps covers the opening of the chimney and keeps rain from getting into your chimney. This is crucial because rain in your chimney can eat away at the mortar and bricks, which can damage the structure inside.

Rain can also rust the dampers if you use a metal chimney. It can weaken the structures like walls around your fireplace, damage the firebox, or crack the flue. It's easy to see why chimney caps are so important.

And your chimney cap does more than just keep water out—it also keeps sparks and embers in. This makes it less likely that your roof will catch fire. Additionally, you do not have to worry about unwanted guests like birds and reptiles getting into your house through the chimney if you have a chimney cap. You can find a variety of chimney caps to choose from such as:

Chimney liners are pipes constructed from clay, metal, or ceramic that are put inside chimneys. Even though safety standards of buildings vary, chimney liners have been highly encouraged since the 21st century. In fact, flue lining is required by most fire codes.

1. Hold the byproducts of combustion

When a chimney is unlined, heat transfer is accelerated within the chimney which can easily lead to a fire outbreak.

2. Safely direct smoke and gases outside

Liners provide a channel for the heat and smoke from burning wood or coal to be led safely to the top of the chimney. Using the appropriate chimney liner will also help to carry out this purpose better as improper liners can cause accumulation of dangerous gases.

3. Protect the chimney walls from heat and corrosion.

If gases from the fireplace get into the building's bricks and mortar, the chimney will not last as long. Flue gases have a lot of acid in them, which can eat away at mortar joints.

When the mortar joints wear away, heat moves quickly to nearby things that can catch fire. Carbon monoxide and other toxic emissions can also leak into the living areas. The liners protects the walls by ensuring that the flue gas has limited contact with the surrounding areas.

A chimney pipe is a tube made of one or more kinds of metal that lets smoke and pollutants from your chimney out of the home.

Some exhaust systems are put in so that they go straight up the chimney and out the roof. Some can be set up to come out of a side wall behind the chimney.

Two basic kinds of chimney pipes exist. They are called "class A" and "class B." Class A chimney pipes are only used to get rid of smoke, while Class B pipes have both inlet and outlet mechanisms.

Most chimney pipes are class A, which only needs basic venting for appliances inside the house like fireplaces and stoves.

You can find a range of Chimney pipes from superior. Here are a few examples:

This chimney pipe has a galvanised outer shell that is made of steel and an inner shell made of stainless steel. It is designed for durability and efficiency and will make a perfect accessory for your chimney. They are approved for use with superior wood burning fireplaces.

This venting system accessory is particularly effective for superior wood-burning appliances. It has an 8inch inner diameter and can withstand intense heat of up to 2,100 degrees.

The 12 inch superior pipe is available in different sizes and comes with a 12 inch inner diameter and a 15 inch outer diameter. As with other superior chimney pipes, this vent accessory is made of galvanized steel on the outer shell and stainless steel on the inner shell.

The Superior Wood Burning Pipe is a useful addition to your system for venting smoke. Along with being very strong, the pipe is also made to last and work well.

It is of high quality and doesn't have too many parts, so it is easy to use and set up. With a 12 inch inner diameter and 15 inch outer diameter, this chimney pipe is certainly one accessory that you might want to consider.